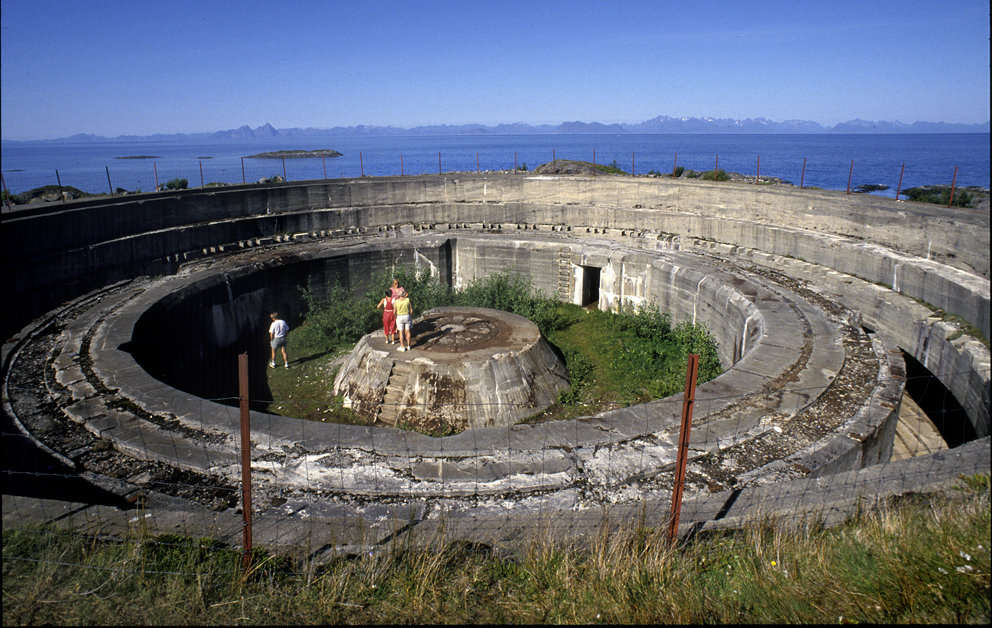 Experience one of Europe’s largest coastal fortifications from the Second World War. Three of the world’s largest guns were here firing shells with a diameter of 40.6 cm. The fortifications guarded the entrance to Vestfjorden and the important route to Narvik, from where iron ore from Sweden was shipped to the German arms industry.

One of the bunkers has been converted to an interesting museum with restored ammunition- and machine-rooms. The bunker is an eerie but impressive construction with walls up to 3.5m thick. The exhibition describes the daily lives of the soldiers and prisoners of war, the forced labour, and, last but not least, the lot of the local people of Engeløya during the war years. The fortifications are located in magnificent coastal scenery with rocks, bays and small, sandy beaches and a rich flora of mountain and coastal plants which has begun to heal the wounds in the landscape. This is an area which provides excellent opportunities for recreation and experiencing nature. There are many vantage points giving impressive views of the Lofoten Islands.

The whole area can be covered on foot. You can see a number of relics from the war. There are many ruins, bunkers and underground rooms. Take a torch BUT BE CAREFUL! REMEMBER THAT YOU GO THERE AT YOUR OWN RISK! DON’T LET CHILDREN PLAY ALONE IN THE AREA! There are hidden dangers in the terrain. The area is grazing land. Be considerate and keep dogs on a lead. Leave rubbish only in the bins provided.