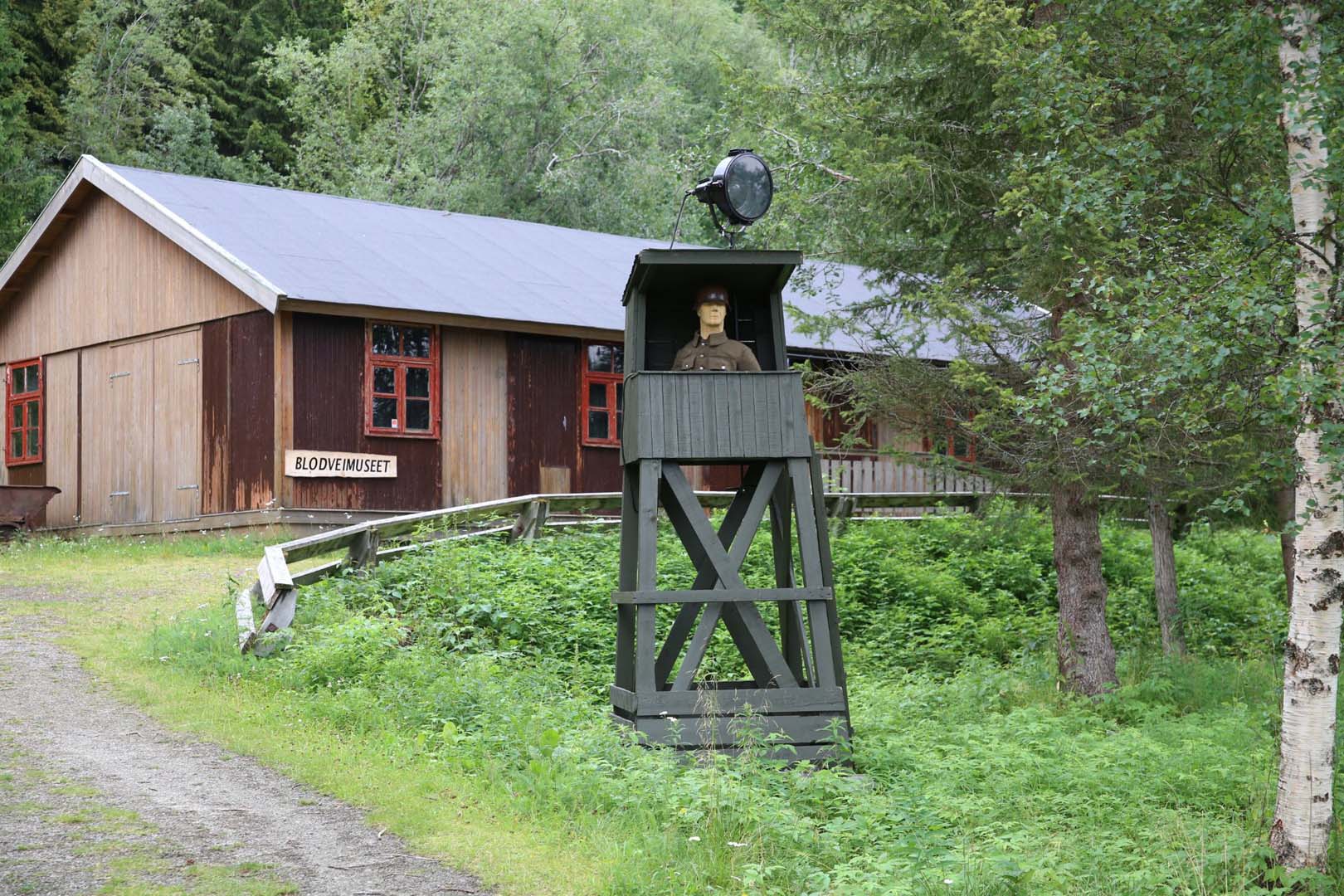 The Blood Road Museum is situated in the grounds of Saltdal Museum. The story of the lives and work of prisoners of war under the German regime from 1942-1945 is presented in a German barracks moved here from Dunderdalen. Thousands of prisoners of war from eastern Europe were sent north to build roads and railways. They suffered inhuman conditions. Many never returned. This is a different tour experience in surroundings where the silence is tangible. Words are inadequate but impressions are many and deep. This is an important journey in a time which must never be forgotten.

Several films have been made about activities associated with the Blood Road. In the summer season the film “Blodsvägen” is shown  in the building nearest the main farmhouse.

Go along the Blood Road to the war graves cemeteries in Botn. On the way you will see, among other things, the cross of blood in the side of the mountain and the memorial at Dalmovika. In Botn there are two war graves cemeteries, one Yugoslavian and one German. There is also a Soviet monument, which marks where there was an earlier Soviet graveyard.