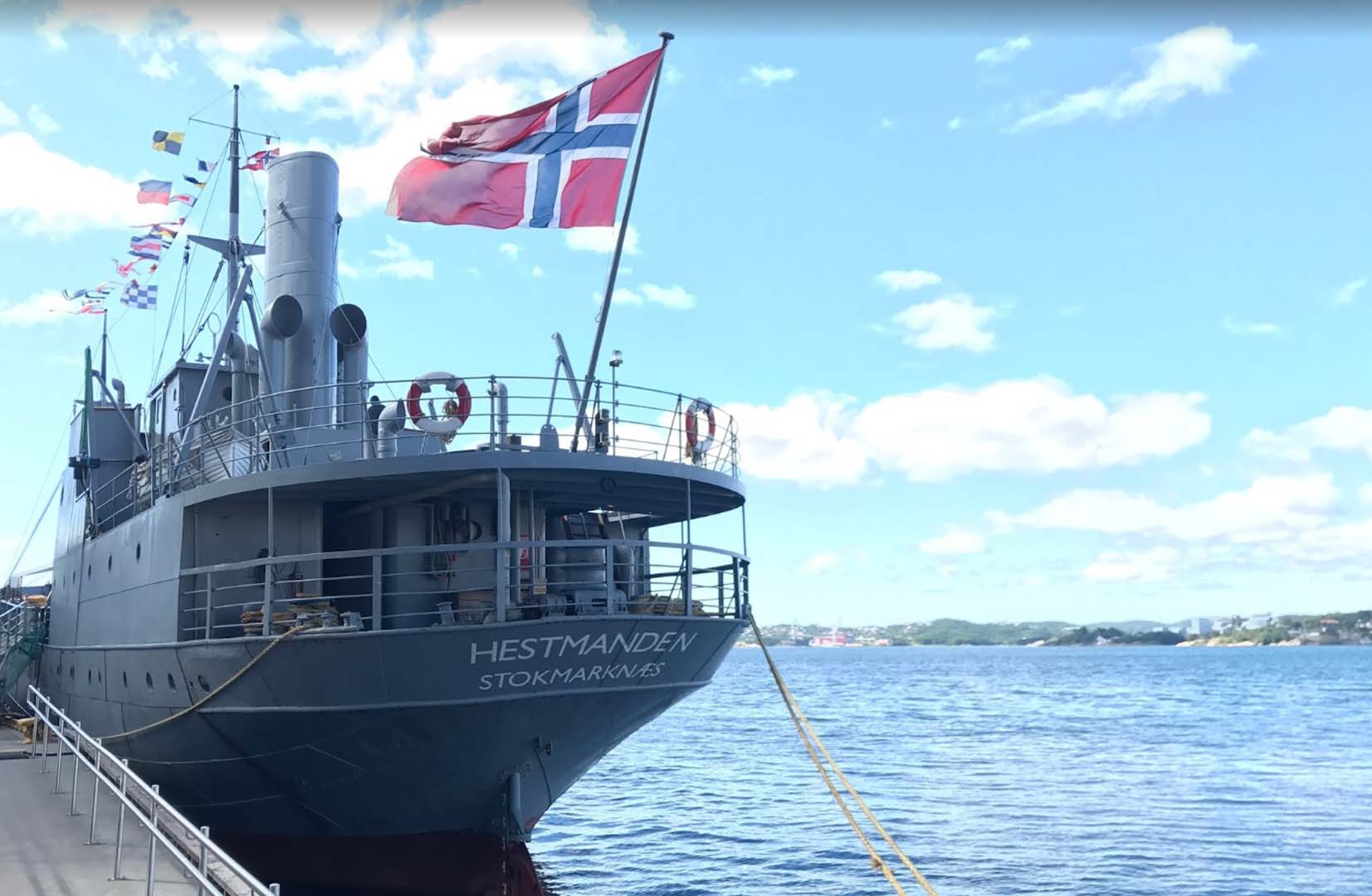 D / S Hestmanden was built in 1911 in Bergen Vesterålens Steamship Company. In peacetime, the ship mainly transported people and goods up and down the Norwegian coast. During both world wars was Hestmanden used for the risky convoy move, but made it through two world wars and had a reputation as a particularly lucky ship. More about the ship's exciting history can be read here.

In the postwar period sailed Hestmanden on various projects both foreign and domestic until 1979, when the ship was saved from scrapping. After decades of restoration work, the ship was baptized again in 2011. In 2017 it opened to the public, both as a sailing museum, where the boat's history conveyed in the show, and that Norwegian war sailor museum that conveys the dramatic history of the seamen on Norwegian ships during two world wars.