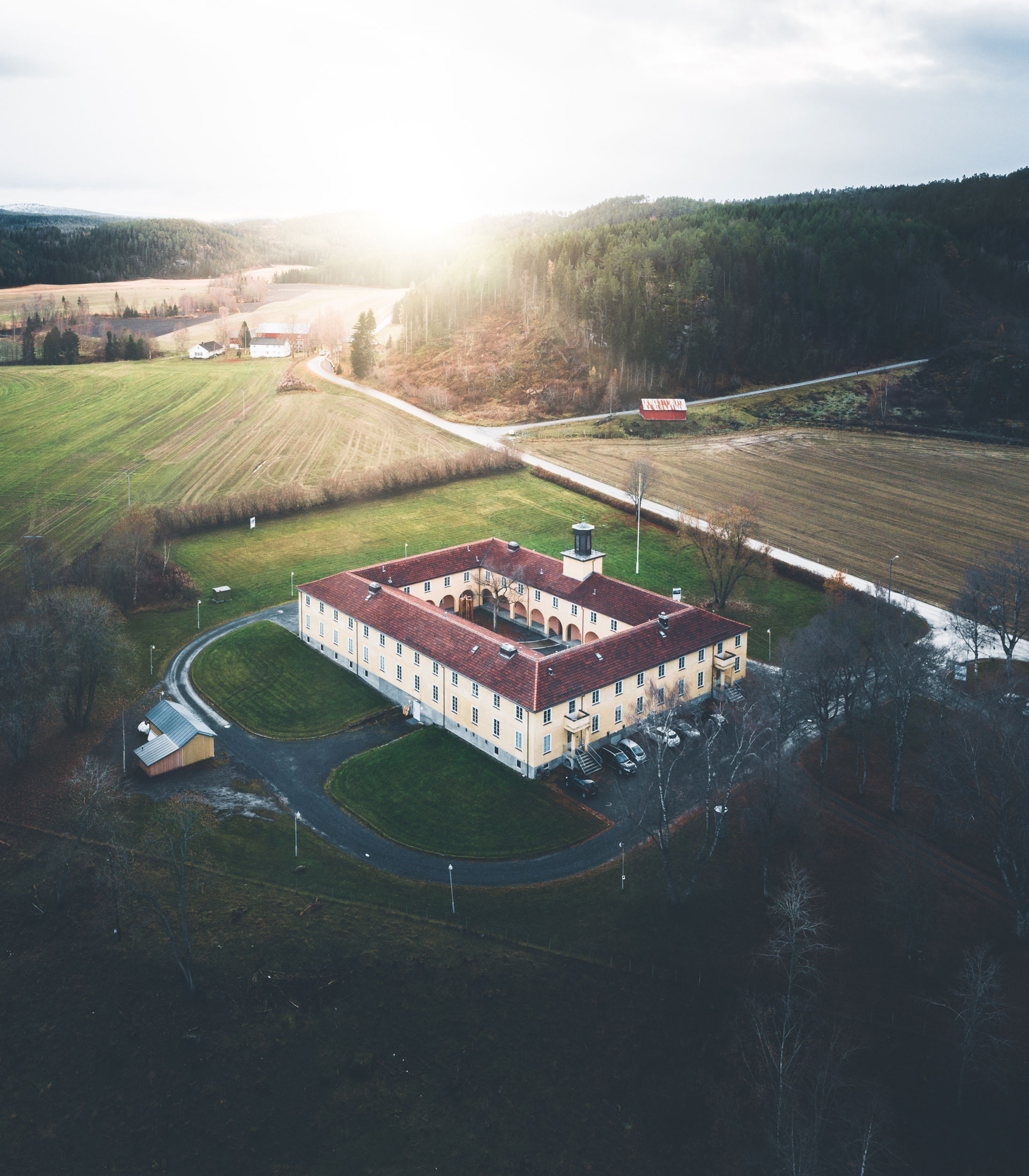 The Falstad Centre is a place for learning, thought, and reflection. It is a place where you can stand on historic ground that was part of the history of imprisonment during WWII while learning more about this history and getting closer to people who suffered such imprisonment.

The landscape
There are few reminders of the prison camp in what used to be the camp landscape. The barbed wire is gone, the prisoners’ barracks are gone, and many of the other buildings have been demolished or converted. Today the landscape is signposted to indicate the former location of some of the camp’s most important buildings. There is also a path of more recent origin leading from Falstad to Falstad Forest.

«Falstad is a place for remembering, a place for learning, a place from which to go forward. Wiser, more engaged, better equipped. For the only possible meaningful comment on an experience such as the exhibition ‘Face to Face’ at Falstad is the following: We shall never forget. We will not be silent.» (Foreign Secretary Jonas Gahr Støre, May 2007)

The Falstad Centre’s permanent exhibition
Our main exhibition, «Face to Face», displays the history of SS Strafgefangenenlager Falstad and the national socialist system of camps it was part of. First opened in October 2006, the exhibition links the two topics around which our activities are concentrated: WWII prison history, and human rights. In the world of today «Face to Face» serves an important dual function of being a place for encounters as well as a place for learning.

Falstad’s place in the overall system of camps
Falstad prison camp was part of a vast network of internment and concentration camps scattered across Europe. How did Nazism emerge and gain a foothold? What was the background for the establishment of the camp system? In the first part of the exhibition, the history of the local camp at Falstad is integrated into a national and international perspective. In the second part we focus on the prisoners. Who were they? What did they experience during their internment, and how have these experiences influenced them? Through texts, objects, sound recordings, and images we introduce you to their stories.

Human rights
The exhibition also draws links to our own time, showing the emergence of the United Nations and a growing focus on human rights. Did we learn anything from the suffering imposed during WWII? «Face to Face» concludes by highlighting the urgent current issues of genocide and crimes against humanity.

About the exhibition
Jon Reitan, historian at the Falstad Centre, wrote the texts for «Face to Face». The exhibition was designed by LPO Architecture and Design.

Soviet Prisoners of War in Norway

The exhibition «Soviet prisoners of war in Norway» narrates the history of the nearly 100,000 Soviet citizens who were detained in Norway during WWII as prisoners of war or as civilian forced labourers. The Falstad Centre was commissioned by the Norwegian Ministry of Culture and the Norwegian Ministry of Foreign Affairs to create this exhibition in connection with President Medvedev’s state visit to Oslo in 2010.

The exhibition was initially displayed at the Norwegian Defence Museum. Later shown at the Falstad Centre, it is currently on display at Klungset Camp at Fauske, Nordland County. Two additional copies of «Soviet prisoners of war in Norway» have been made. These serve as travelling exhibitions in Norway and Russia. Please contactÂ post@falstadsenteret.no if you wish to display this exhibition at your local museum or library.

Since the mid 1990s, Falstad Centre staff members have had their work published in both in books and in various professional journals. The overview does not include feature articles and other newspaper material.

The Falstad Centre launched a publication series in 2007. To date (autumn 2014) the series consists of 15 issues (16 booklets). It contains exhibition catalogues and pamphlets linked to the history of Falstad.