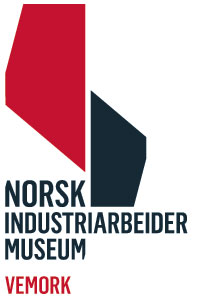 Surrounded by magnificent scenery, the beautiful building serves as a monument to Norway’s industrial history. At its completion in 1911, the power station was the world’s largest. It supplied power to Rjukan town, the Salpeter Works, and from 1929 the Vemork Hydrogen Plant.

Hydropower, Norwegian technology and engineering made Rjukan famous as an industrial center. Our exhibitions describe this pioneering age, and the rapid transition from agricultural to industrial society and how social, cultural and political conflicts expressed themselves.

The Second World War
During WW II, the production of heavy water at Vemork became an Allied target. The Allies were aware of the importance of heavy water to the German development of nuclear weapons; it became essential to halt the German control of Vemork at all costs.

The Heroes of Telemark
The exhibition at Vemork shows the dramatic sabotage actions targeting the production of heavy water. Through four attacks, the Allies succeeded in causing crucial delays in heavy water production. Gunnerside the most famous of the four attacks has since been an example for operations behind enemy lines. The four dramatic sabotage actions are vividly presented in the exhibition Heroes of Telemark.

World Heritage recognition
In 2015 Old Vemork Power Station was listed as a protected, historical building by the Norwegian Directorate for Cultural Heritage. The same year the building was included on UNESCO’s World Heritage List together with the industrial heritage of Rjukan/Notodden.

The Hydrogen/Heavy water plant
The Hydrogen Plant was demolished in 1977. In 2017, the section of the basement where heavy water was produced are now uncovered. 400 m2 indoor area with glass-front wall and elements from the old plant will be open to the public. This will become part of the museum’s permanent exhibitions. It is a unique opportunity to inform about Heavy Water in a purpose made building that is located exactly where the production and sabotage took place.