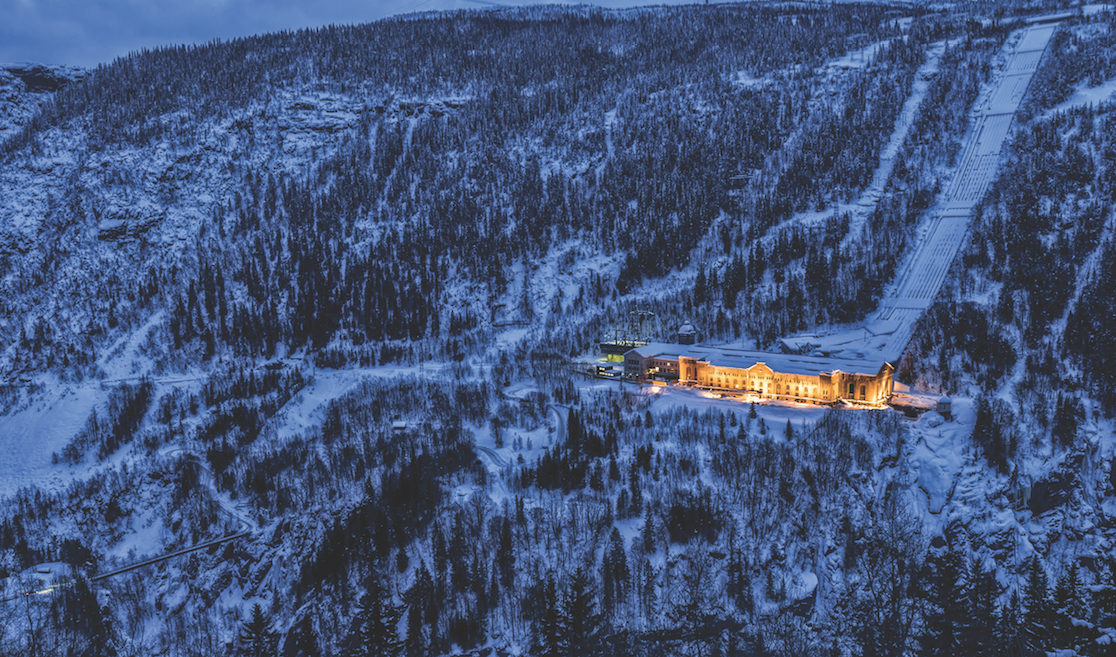 Rjukanfossen (the Rjukan Waterfall) lay the foundation for the Vemork Power Plant, which became the largest of its kind in the world when completed in 1911. The Vemork Power Plant now houses the Norwegian Industrial Workers Museum and the World Heritage Centre. Visitors can learn about the industrial adventure that began in the early 1900s and about the dramatic events that took place in Rjukan during World War II.

The industrialisation of Rjukan is described in the permanent exhibition titled Industristedet Rjukan (The Industrial Town of Rjukan). The exhibition provides visitors with an introduction to the story that led to Rjukan being inscribed on UNESCO’s World Heritage List.

Vemork Power Plant was where Norwegian saboteurs carried out Operation Gunnerside, one of the best-known sabotage operations of World War II, and prevented the Germans from developing nuclear weapons using the heavy water produced here. This is the story on which the film Operation Swallow: The Battle for Heavy Water and the TV series The Heavy Water War are based. Helter i Telemark (The Heroes of Telemark) is an exciting exhibition with a local touch. It dramatises the famous four sabotage operations against local heavy water production, but heavy emphasis is also placed on the other local heroes and operations that were carried out in wartime Rjukan.